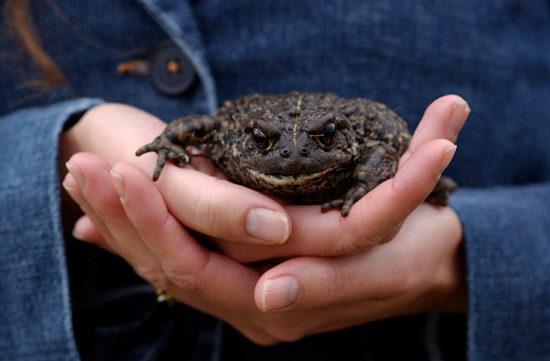 I’m in a small pet supply store in the Chelsea section of Manhattan, a neighborhood of quaint brownstones, trendy restaurants and art galleries, and chic clothing stores. With me is Johanna Campbell, an Australian woman with blazing blue eyes, an infectious smile, and an uncanny way with animals. We’re seated cross-legged on the floor of one of the store’s cramped aisles. With us is Aldo, a seven-year-old cat who calls the shop home. As soon as Aldo sees Campbell, he greets her warmly and enthusiastically, licking her hands and arms, rubbing against her, eventually settling into a comfortable nest in her lap. Aldo is about to receive his twice-monthly dose of the “universal life energy” — or “Reiki” as it is known in Japanese — channeled through Campbell’s trained hands.

While the efficacy of “alternative”’ medical therapies, such as acupuncture, massage therapy, herbal medicine, and homeopathy, is widely debated, their popularity has soared in recent years. Reiki is one of the more recent alternative therapies and, like the others, is now being applied to animals, both for disease treatment and general “wellness.”

Reiki (pronounced “RAY-kee”) originated with the work of Dr. Mikao Usui in Japan in the 1920s. A compound of “rei” (spiritual) and “ki” (energy), Reiki is described by its practitioners as the “universal life energy” that flows throughout the universe and through all living things. Reiki practitioners and those who consult them believe that this energy can be channeled through the hands of the practitioner to others, thereby bringing about wellness and “balance” to those whom they treat, whether human or animal.

As soon as Aldo settles into her lap, Campbell holds her hands just above his body, allowing him to touch her when he chooses, rather than petting him, as we are accustomed to doing with a cat. Campbell is focused entirely on Aldo, holding her hands in various positions and moving them occasionally, as Aldo moves. Whether it’s universal life energy or something else, it’s clear that Aldo is soaking it up. From time to time, he shifts position, almost as if to say “I need a little more over here, please.” Campbell responds by once again shifting her hand position, and Aldo again settles down.

Although Campbell limits her practice to the treatment of animals in Manhattan, Reiki animal practitioners are now found in virtually every state as well as in a number of foreign countries.

In fact, Prasad will be teaching a Reiki class to veterinarians at the upcoming annual convention of the American Holistic Veterinary Medical Association in October. Her Web site is an excellent source of information on Reiki principles and practice in animals, and includes a directory of Reiki animal practitioners.

Aldo has shifted positions a few times, and Campbell has shifted her position to accommodate him. I have rarely seen a cat so seemingly relaxed, as Aldo gives himself over completely to Campbell’s attentions. Over a half-hour period, Campbell’s hands have hovered close to Aldo’s body, occasionally touching him, but only very lightly. Then, when—as Campbell put it—Aldo had “soaked up” as much Reiki as he cared to, he stood up, clearly finished with the session. Campbell and I said goodbye to him, and he quietly walked away.

So, what’s the verdict?

WebVet does not provide veterinary advice or endorse or reject any particular therapeutic modality. We want you to be aware of what’s available. Because Reiki does not involve the administration of any drug, and only the gentlest physical contact with the animal, it would seem that, at worst, it is unlikely to do your pet any harm. As Prasad and Campbell both emphasize, however, it is not intended as a substitute for conventional veterinary treatment, but rather as an adjunct to it.

So, if you choose the path of Reiki, look for a practitioner with animal Reiki experience with whom you—and your animal companion—feel at ease. And don’t forget: If your pet is ill, seek veterinary care first and use Reiki as an additional therapy.