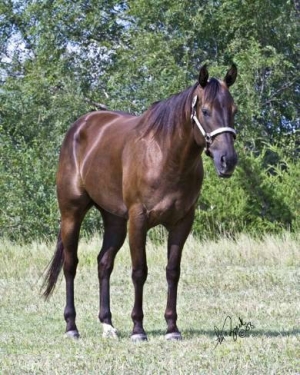 While he waited for me as I worked on another horse with Animal Reiki, Dealer became very restless, by repeatedly pacing in his stall, snickering, and kicking his door. As an animal communicator, I let him know that he could accept Reiki as well, even though I was focusing on another horse; but he just wanted out! I suggested for his person to walk him around the property while I worked on her first horse.

When I was ready to focus on Dealer, I asked his person how he was doing. She replied “antsy”. So we went to the indoor arena so he could have more room to walk around if he chose to do so. I felt Reiki flowing very slightly as I stood a short distance from him. Shortly after I began, I was drawn to walk up to him and lightly touch his right flank near his hipbone. He flinched as he shared that that particular touch triggered a memory that he was angry about. I acknowledged his sharing, and continued to offer Reiki from a short distance.

Instead of him calming down with the Reiki, he was becoming boisterous, which was an unusual behavior from Dealer. Because he was still interested in Reiki, I suggested to his person that we needed to change his environment; so the three of us went outside, and only then did he instantly calm down. During this time of him grazing the grass, he became fully opened and relaxed as he accepted Reiki. By his own choice, he released the physical, mental/emotional, and spiritual component of this memory of young boys throwing sharp pointy triangular-shaped rocks at him. He also shared that he wanted to be called “Buddha” by everyone, not just his person.

Several days later, his person reported he seemed much more content with himself, as well as enjoying his new name, Buddha!