I went to the zoo last week with two animal communicators who have extraordinary gifts. We visited Popcorn Zoo in Forked River, NJ spending time with an exceptionally compassionate man, John Bergman, who has been involved with the Humane Society for over thirty years and has helped create the zoo over this span of time as a variety of exotic and other animals came under his care.

I am completely indebted to the two animal communicators, who wish to be anonymous, for this brief submission and my sister, Agnes, who took pictures during our visit. I am going to let the conversations between the communicators and the animals tell their own story with an occasional picture. Enjoy!!

I am going to depict the conversations as received from Communicator M who is very attuned to what animals wish to communicate and Communicator K who has the gift to speak to the animal and be understood by them. 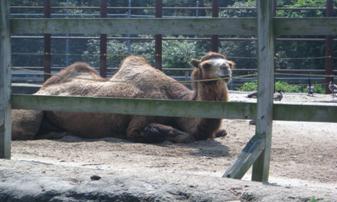 One of the first animals we met was the camel, Princess. It was a very hot and humid day and she had severe arthritis in her legs. She was just baking in the hot sun. And just looked totally thirsty

M: You fetch me some water please.

K: No, I can’t get inside to fetch you water, you must get up yourself.

M: [Slight movement of the head looking over at the water.] 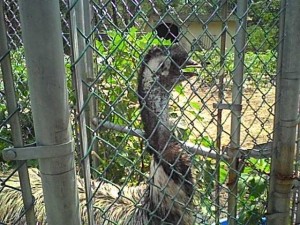 An Emu was strutting up and down along the cage and we were wondering what she was up to.

People eventually came with popcorn but she did not have an interest in them as they offered her popcorn.

As she continued to strut up and down along the fence.

M:Where are the red box people?

Seemingly she just wanted admiration from the Red Box People. 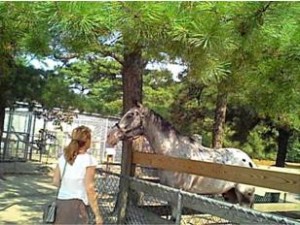 Next we visited a horse.

M: I want some carrots!!

K:  I will go and find some carrots for you.

Later K told the manager about the horse’s wish for carrots who got in touch with one of his staff to get her some carrots. 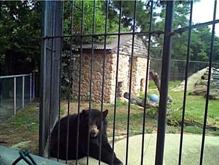 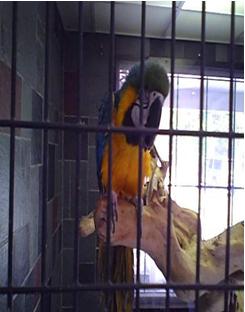 Bob the Macaw parrot was in a beautiful large cage at the office entrance and where the previous dedicated owner still visits him. He had often let him out of the cage when he was doing his work in the garden and one day the parrot had flown into a tool shed and somehow dislodged some tools which caused him serious injury and one of his wings needed to be amputated.

K: No one took your wing. When things came crashing down it injured your wing and it  had to be amputated.  This is what made you better. 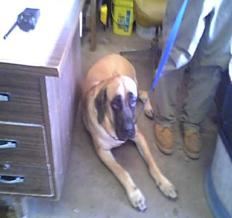 Greta was a breeder who had all her puppies taken away from her and who escaped. She was brought to the attention of the Humane Society and John found it very difficult to catch her. It took many weeks and much patience. She was very distrustful of everyone. John kept her by his side in his office and she has become very attached to him.

Later the Manager wrote us and told us Greta was feeling more comfortable every day.  He had more staff walk her so that she would get use to others but still does not like to leave his side. But he did have her with another dog and she was able to keep her focus on that dog and-not where he was. Those things seem to be the key and-he thinks he has found her a forever home. 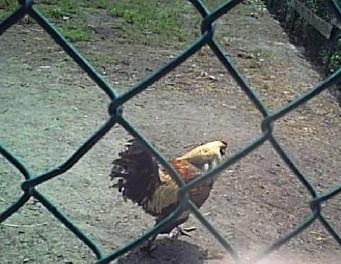 A chicken was walking around the zoo grounds looking for peanuts.

M: Where are the peanuts? [Looking for peanuts although it is making her feathers fall out.]

K: [Trying to give her popcorn.]

M: That’s popcorn. Where are the peanuts?

K: Referred to her as a rooster.

M: Quite insulted. [M tells K that she’s a chicken.]

K: Referred to her as a chicken

M: Still insulted. [Oops! She wants to be referred to as Miss Hen.]

K: Only when she was called Miss Hen, did she look at K. 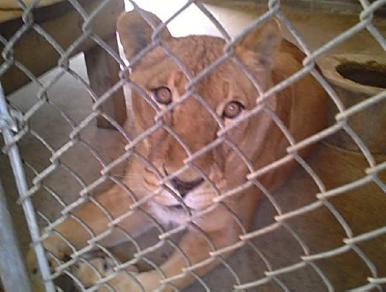 Just three weeks previously the lioness, Nyla, had lost her companion, Porsche. She was seriously ill and when they decided to do X-rays and blood work to determine the extent of her illness and a possible way to treat her, she died in the process.

M: Porsche wants to thank you for letting her go. 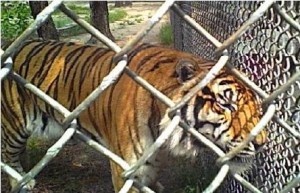 Cesar is from the same family as Dante, another Tiger in the Zoo. He was in need of special care which he was able to receive at a sanctuary at Texas A & M before coming to the Popcorn Zoo where he continued to improve daily.

He is the youngest Tiger at the Zoo. Many kids were surrounding the fence where Cesar was and just being kids but Cesar was not happy with them. He began pacing up and down along the fence.

M: I don’t like things thrown at me. [Kids were throwing popcorn into the fence.]

M: Nervous at the loud, high voices of the children and was pacing because the noise stressed him out.

He began to eat the grass by the fence

M: I need to calm my nerves.

Another tiger nearby was inside on this hot humid day and we called for him to come out.

K: Come on out and take a a swim in the pool. There is a nice breeze out here.

M: It is cooler inside

At first we thought he had air-conditioning inside, but later found they had fans. 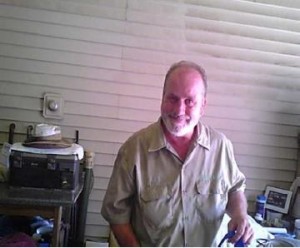 Later the manager John came out and called to him.

Amazingly he came right out and up to the fence.

M: You are on the wrong side.

There were two fences, an outside fence and an inside fence. John then took us between the two fences and Dante laid down and put his body right next to the fence where John could scratch his back and neck.

M: [He then purred.] Thank you very much.

After John left and we had come back out of the fence space between the fences some children began to mimic sounds of a tiger or lion roaring.

What a great day. We were all so grateful to all the animals and especially to John Bergmann, manager of the zoo. He was so helpful and gracious to us and wanted the e-mails of the animal communicators to keep in touch with them when needed. And what a validation of the wonderful work he has been doing in the zoo. No animals even hinted at any issues concerning their care.