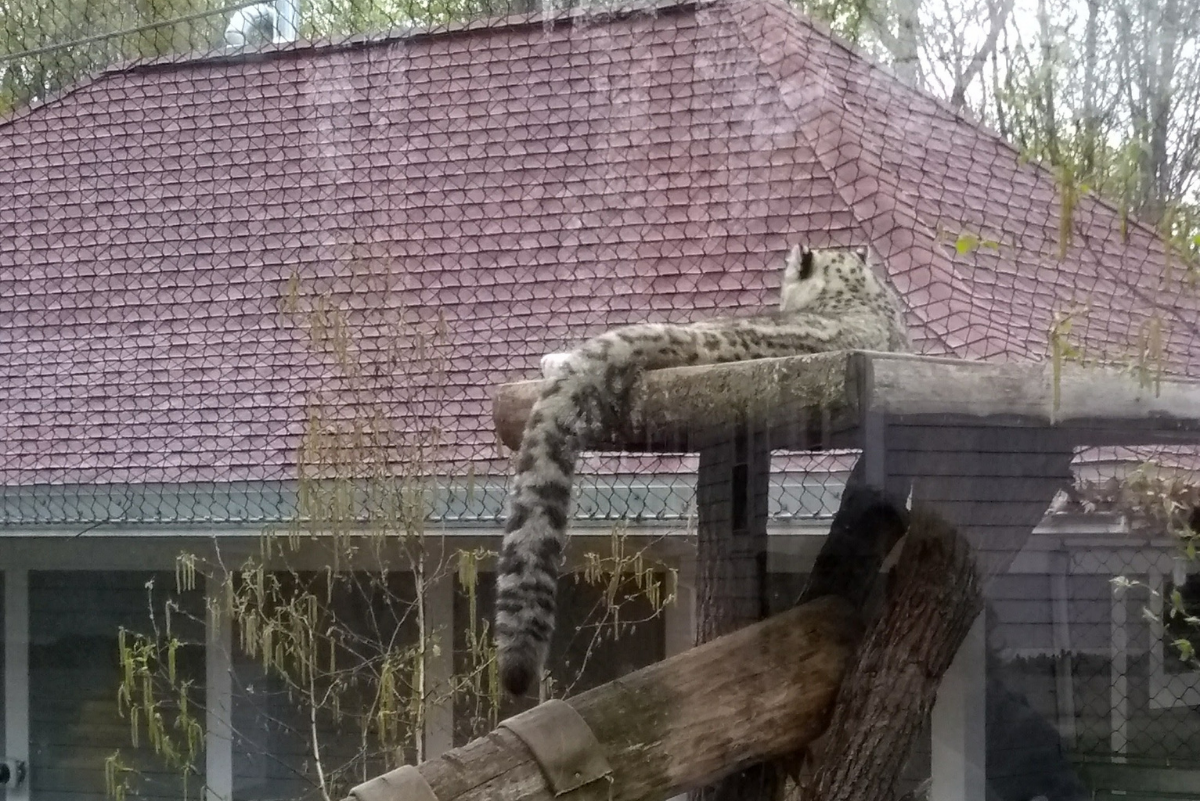 Despite the rain and the chill one late April morning, my husband and I headed over to our city zoo so I could meditate with the animals for the first time using the Let Animals Lead® Method of Animal Reiki. What’s a little rain? I’m a newbie to LAL and eager to develop my skills.

I meant to hang out near the wolf habitat as I am partial to wolves, but the snow leopards had other plans. No sooner had I stopped in the viewing enclosure next to the snow leopard habitat than I sensed that this was the place I needed to be. Only one of the leopards was outside when we walked by; he had perched himself right at the edge of the plexiglass that separated his habitat from the viewing enclosure. As my husband said, he looked as though he were waiting for me. It was an impressive sight. Snow leopards are magnificent animals! He left the area as soon as I arrived, returning several minutes later to relax on the top platform of his “cat tree.” He wasn’t the only one to relax. His presence helped me settle into a calm and steady breathing pattern. Reiki began to flow.

A snow leopard cub had been born not more than a week before my visit. Because of unspecified developmental issues, zoo staff had begun hand raising him out of the public’s eye. Something told me that he was the reason I felt called to remain at the habitat instead of moving on to the wolves.

I have no doubt that animal Reiki is the path I am meant to follow.