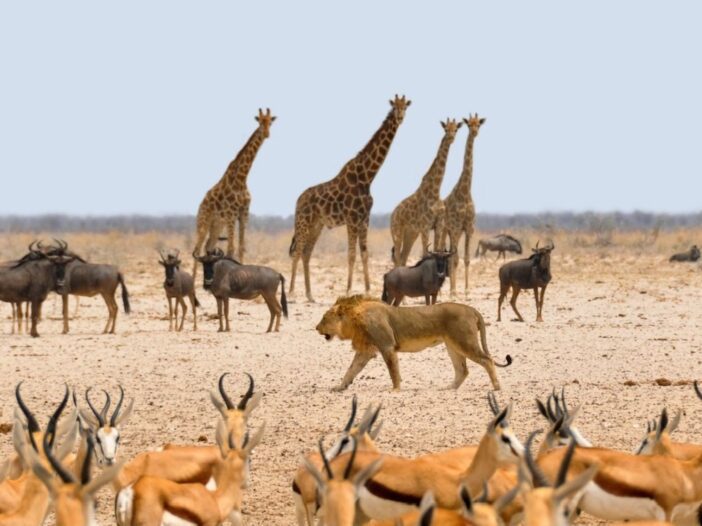 The Let Animals Lead® method is a transformative way to offer Reiki to non-human animals while fully manifesting interspecies respect. Because this method refrains from using touch unless the non-human animal initiates, it assists in eliminating challenging aspects of the human ego—pressures, expectations, agendas—and recognizes the perfection of the empowered animal.

We are all animals, and non-human animals do not need human “help” in the realm of energy. They elevate our energy and we learn from them. This method always supports the animal to move freely about so their physicality is never restricted. They can communicate their preferences in any way, and these preferences are always honored. They can engage with the energy or reject it completely. We listen to the animal and ask for nothing in return—the Reiki is an offering, not a requirement. The animal is in charge. As such, the Let Animals Lead® method not only epitomizes Animal Reiki in and of itself, but also inherently advances human to non-human animal relationships.

For wild animals, instinct is everything. How they eat, mate, avoid getting killed, and adapt to their surroundings all depend on their instinct. The photo above shows a scene in Namibia, where a lion is casually walking through a gathering of ungulates near a watering hole. One of these hoofed mammals could be the lion’s next meal if he were hungry, but no one is concerned because they instinctively know that he is not, for whatever reason, looking for food.

Conversely, the instincts of many domestic animals have been modified or subdued simply because they do not dwell in their natural environments. Yet even across such disparate instances, the Let Animals Lead® method works with all wild and domestic animals because the practitioner steps aside and honors the instinct above all else. Even if the practitioner does not realize it, if they are connecting with animals, they have connected through instinct on at least some level.

The Let Animals Lead® method shifts the human mindset with respect and humbleness during our Reiki sessions with animals. It also opens us to always question our intents and actions with animals in general—and how we can improve.

Let us consider the lives of horses in previous generations. Much of the tack they wore, the training methods imposed on them, and their daily care would be unacceptable today. Yet in those days, people were usually doing what they deemed best from the information they had (often based on misinterpreted social dominance and hierarchy beliefs, many of which persist today).

When we fully embody the respect and humbleness toward animals that this method cultivates, we realize that perhaps we are not so different from past generations. We are simply on different points in the timeline. Can we really be that surprised if fifty or a hundred years from now, people call us out, too? By recognizing how our intents can actually improve the lives of our animal teachers, The Let Animals Lead® method sets the foundation in our mindset to decrease that dissonance.

Ascending to the Animals’ Level

Dominance and hierarchy take up too much space in the human mentality, especially when it comes to animals. In many contexts of animal training, the attitude of the humans “taking themselves down to the animal’s level” in order to “understand” them is all too prevalent. Much of this originates from oversimplified and outdated research on animal behavior, itself shaped from archaic philosophies which biased huge swaths of humanity into believing that human animals are unconditionally superior to non-human animals.

That is a decrepit basis for any relationship or connection. The more we learn about non-human animals, more research indicate how traditionally accepted social dominance theories actually do not exist in many wild animal familial structures as once believed. In other words, to “go down” to the animal’s level and dabble in some hierarchical procedure will not likely trigger their instincts in any constructive or long-term way.

Energetically, the non-human animal is innately and immeasurably superior to the human, and the Let Animals Lead® method offers the exact opposite of dumbing down. The practitioner focuses inward to ascend to the animal’s energetic space when offering Reiki through meditation. The method soon permeates the totality of our consciousness with animals and how we spend time with them—to everything from daily care to positive learning experiences to just being one with them.

Ultimately, the Let Animals Lead® method serves as the Dai Ko Myo level of respect for all animals. It is limitless in scope and absolute in applicability. By grounding in an instinctive connection, opening and examining our intentions, and then striving for the non-human animal energetic level, we arrive at an all-encompassing state of being: the shining essence of Animal Reiki.